TIRANA the host city for The Miss Globe ® 2022 Beauty Pageant

The story of how this city came to be known by the name of Tirana varies between authors and historical periods. The first of these variations claims the name originates from Tyrkanos Castle, which was believed to be located near the city and shares a similar sounding name. Meanwhile, another variation maintains that Tirana originates from the Latin word “tyros” and the Greek word “turos,” which meant “dairy country.” This latter theory is best supported by historical sources which point out that the Illyrians (early inhabitants of the western Balkans region) were capable agricultural breeders whose sheep’s cheese was popular throughout the area and even abroad. The name Tirana is again mentioned several times in Venetian documents, while Marin Barleti, the historian of the national hero Skanderbeg, spoke of "Big Tirana" in the 16th century while describing it as a field between Kruja and Petrela, upon which the capital now lies today. Less supported versions of events claim Tirana was named by Sulejman Pasha, a notable historical figure who established some of the first markings of urban settlement in the city. While this theory may satisfy some historical narratives, it remains largely unsupported as there exist mentions of Tirana’s name from before 1614 and the time of Sulejman Pasha.

The first signs of settlement in Tirana date back to the first century (AD) in the southwest part of the city near the natural spring, Shëngjini. It was here where the famous Tirana Mosaic was stumbled upon by excavation workers in 1972. Archaeologists believe this mosaic to have initially belonged to a rural dwelling, known as a vila rustica, before being replaced with another structure in the third century. This new structure was divided into two parts, a residential section (pars urbana) and an agricultural production section (pars rustica). Later in the fourth century, the building was once again reconstructed as a church. Close by in the church of Shën-Gjin, it is believed that Skanderbeg would marry Donika Muzaka in the 15th century. Still, despite its age, the mosaic itself remains on display today for visitors to admire.

The next major signs of historical settlement in Tirana come from Tirana Castle, whose main fortifications were constructed during the early Byzantine period in the fourth through sixth centuries. Excavations of the castle took place in 2001 and 2008, which discovered that the early reminiscences of the castle were constructed under a Justinian Emperor in New Epirus located in the province of Durrës, which would have also included Tirana at that time. A portion of the surrounding castle walls that are seen today belong to more recent reconstructions of the castle, namely by Ahmet Pasha Bargjini, whose fortifications were built on top of the ruins of the old castle in the second half of the 18th century. After reconstructing the castle, Ahmet Pasha Bargjini later fell into the hands of the Toptani family from Kruja. During this period, the fortress became the object of a multi-year war between the Toptani rulers of Kruja and Bushatlli rulers of Shkodra.

Nearly two decades later, in 1817, the castle experienced a five-month long siege, which had dire consequences for both the castle and the surrounding city. Unfortunately, the reconstruction effort headed by the Toptani family after the siege was short lived. By 1832 the castle was demolished by the orders of the new Grand Vizier, Mehmet Reshit Pasha, who ordered the demolition of all castles. Today, a portion of the northern wall and its southern tract is preserved, admirably being intertwined with the surrounding modern infrastructure.

In between these two main periods of time wherein Tirana Castle was constructed - and reconstructed - Tirana experienced rule under an Angevin consul, particularly in the 12th century. Several centuries later, in the 15th century, Skanderbeg would deploy the largest part of the army in Tirana in his famous rebellion against the Ottoman Empire. Tirana is thought to be where this occurred partly because the area was more suitable for setting up camp tents for his soldiers.

Tirana’s history as a modern city began in 1614 when Sulejman Pasha Bargjini, a rich feudal from the village of Mullet, built four main buildings: a mosque, a Turkish bath, a bakery, and some inns. These buildings thus became the center of the new town. While this marks a historical significant milestone, Kaplan Pasha's tomb, rather than these new buildings, is the only trace of reestablishment of the city. Even so, there is written evidence of this early modern version of Tirana, which was often described as a beautiful city with vibrant colors, a developed city life, and elegant mosques that were most notable for their interior decoration.

Moving forward, Tirana experienced a variety of political alignments throughout the 20th century starting on February 11th, 1920 when Congress in Lushnja declared Tirana to be the provisional capital of Albania. Later, on January 31st, 1925 its final status as the capital was taken on. In the same year of 1925, under the first president of Albania, Ahmet Zogu, the Italian architect Armando Brasini was chosen to lead the first regulatory plan for the city of Tirana. Albania was later proclaimed a Democratic Kingdom in 1928 by a constitutional assembly, effectively turning the role of president into the role of king and making Ahmet Zogu now King Zog I as it remained until 1939. Soon the constitutional assembly approved the New Penal Code and a year later, the Albanian Civil Code.

As the Second World War approached, Tirana soon became a center of anti-fascist resistance with the Communist Party of Albania being established by November 1941. The battle for the liberation of Tirana from its German invaders would later become the bloodiest in Albanian history, but on the morning of November 17th 1944, after 19 days of war, Tirana was finally liberated.

Upon the conclusion of the war, Albania became heavily influenced by Stalin and the Soviet Union which was reflected in the significant changes made in Tirana's appearance as the city came to adopt more Stalinist styles of architecture until the early 1990s. At this time, Tirana was called the Capital of Congresses as every five years delegates from all over the country would organize in the city. The spaces where these congresses took place are nowadays important city attractions such as: the University of Arts, the Palace of Culture, and the Palace of Congresses.

Today, Tirana is a city that grows and changes every day as the center of political and administrative life of Albania. Housing almost all state institutions, diplomatic representatives, and becoming the largest center of education in the country, Tirana remains vital to the country’s prosperity. Tirana is a city filled with hotels, restaurants, bars, pubs, youth and artistic centers that provide an active and diverse cultural life for locals and foreigners alike. The city continues to be an important center of national and international activities, such as seminars, conferences, festivals, spectacles, and more, making it a well-known and inviting city.

Tirana has truly turned into a city that never sleeps.

Some photos of TIRANA 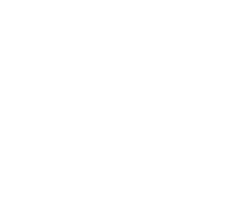